On November 25 2015, the United Nations day on Elimination of Violence Against Women which marks the beginning of 16 days of action against gender-based violence, Sophia Forum celebrated our 10th anniversary. We gathered at the London School of Hygiene and Tropical Medicine (LSHTM) for a moment for reflection and looking forward with a wonderful group of guests, including WISE UP+ graduates. It was important to come together to celebrate Sophia Forum which continues its mission to champion the issues for women living with HIV in times of continued austerity and cuts to services. We are the only organisation in the UK that has the sole focus of women living with HIV and we think that this was the largest gathering there has been in the UK celebrating women living with HIV with about 100 people attending the event from across the country.

The welcoming address was made by our Co-Chair Lynda Shentall who reviewed the history of our founding by Dr Alice Welbourn & Lesley Lever, then CEO World Association of Girl Guides & Girl Scouts. Lynda reflects on the complex issues that women living with HIV face.

She reviewed some of our recent achievements including the report on GBV & HIV launched in the House of Lords in 2013 and the WISE-UP+  (Women Inspire, Support and Empower – Unleashing Positive Potential) advocacy workshops by and for women living with HIV which skill up a new generation of women HIV activists.  Lynda reviewed our future plans including the development of a toolkit for professionals working with women living with HIV who are experiencing gender based violence.

We screened a video from our Patron, Professor Baron Peter Piot, who is the Director of the LSHTM who reconfirmed his commitment to Sophia Forum. He applauded our record over the past 10 years for raising awareness and understanding of women’s sexual health, and HIV related needs amongst healthcare professionals, other service providers and the UK public. He noted that the forum was founded as the British Chapter of the Global Coalition on Women and AIDS which was established at UNAIDS in 2004 by his then deputy Kathleeen Cravero.  Professor Piot observed that “what we are seeing is a dual epidemic, one of HIV infection but also of gender based violence” and closed by congratulating “Dr Alice Welbourn and all of the trustees, staff and interns who have dedicated themselves to maximise the impact of the Sophia Forum.”

Dr Alice Welbourn, co-founder of Sophia Forum and Director of Salamander Trust, made a presentation which considered the intersection between women’s representation in parliaments and public life, lack of funds for women’s rights organisations, lack of funding for public services, lack of economic opportunity for women and how these impact women’s ability to achieve our sexual and reproductive health and rights. She reflected that Sophia Forum’s WISE-UP+ programme is so important as an advocacy training workshop run by and for women living with HIV who can build an autonomous feminist network that confronts the multiple barriers facing women living with HIV.

Professor Jane Anderson, Sophia Forum patron and then lead for HIV, Sexual and Reproductive Health Public Health England made a presentation on HIV and GBV in the UK and the emerging needs of women living with HIV. Memory Sachikonye, Sophia Forum’s other Co-chair discussed how Sophia Forum plans to meet the needs of women living with HIV in the UK in the future. In closing a recent graduate of the WISE-UP+ read a poem that they wrote during the programme which gave voice to their lived experience in their own words.

Guests were invited to a reception afterwards where they were able to network and discuss future collaboration.

This was an energised and celebratory event and many thanks to the donors and the guest speakers who made the anniversary event such a success.

Hear from Peter Piot, our patron 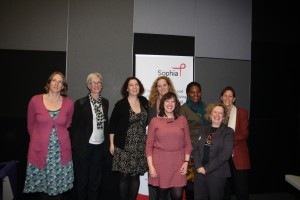 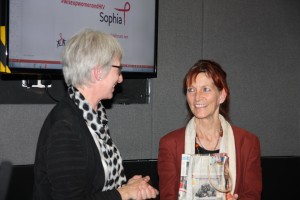 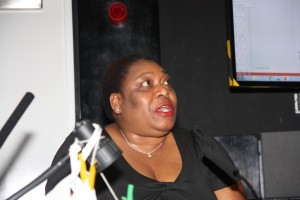 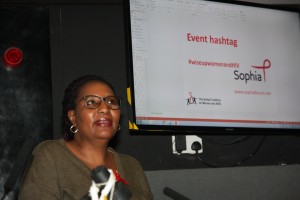 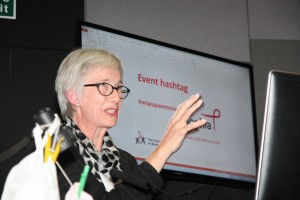 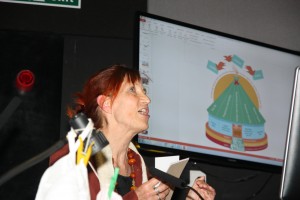 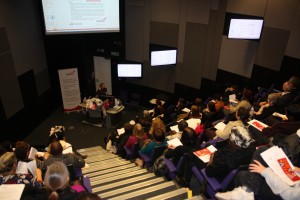 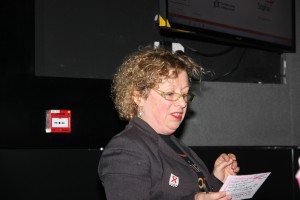